A little over a week ago, it finally happened. I had combined my various work on the Ultima games into a single branch, and it was merged into master. This means Ultima VI: The False Prophet (from Nuvie), and Ultima VIII: Pagan (from Pentagram) are now playable in daily builds.  \o/. Ultima 1, as before, is startable, but still a work in progress, and work on that is on hiatus right now. The Ultima8 sub-engine already has a splash-screen, provided by Dominus Dragon, added to give credit to the Pentagram team that wrote the original code: 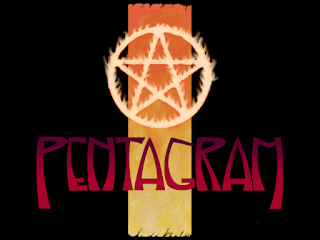 Nuvie will similarly get it's own splash image eventually to recognise it as well.

However, I'll hasten to say, that any Ultima fans should not necessary come running to play either game just yet. I'm still not quite ready to announce an official testing period for either game just yet. I plan to be doing my own testing of the games first, and it's always possible that there might be minor issues or changes to the savegame formats. So any experimenters be warned to play at your own risk.

I'd originally intended to move straight onto testing of Ultima VIII post-merge, but I got slightly sidetracked adding new functionality to the base Engine class that all game engines derive from. Functionality that future game engines will benefit from, including the Ultima engine.

1) The first of these is extended savegames. There was a recently added enhancement to savegames to take care of the drudgework of storing the savegames' names, thumbnails, total play time, etc. However, it still required engine writers to manually call various methods manually in their savegame code. With the addition of new methods in the Engine class that builds on this, this is all now taken care of automatically now, as well as opening and closing savegame files in general. All that needs to be done in future engines is overriding of two methods: loadGameStream and saveGameStream, which get passed a handle to a savefile for reading/writing it's contents, and the Engine takes care of everything else, including the savegame description and thumbnail.

2) The second is improved handling for autosaves, still under code review before inclusion. It adds autosave support to almost all the game engines. ScummVM has a global option for an Autosave interval, but it previously required each engine to implement their own code for autosaves. Because of this, only about 1/5th of the engines actually implemented autosave. When these changes are integrated autosaves, when turned on, are provided by practically all game engines. Only a few engines, like DreamWeb, that don't allow saving the from Global Main Menu won't support autosaves.

3) The third one, also under review, is an improvement to engine debuggers, the console window that pops up in many engines when you do Ctrl-D. Engines now just have to create their own debugger and pass it to the Engine to take care of, and it handles all the work for opening it when necessary, and updating it. One of the benefits of this, apart from standardization & centralization, is that when errors occur now, the debugger window is more guaranteed to open up to show it. Even if the engine doesn't have it's own debugger, the base Engine class will create one on the fly. This means it will be easier for users to see fatal errors, rather than ScummVM simply terminating.

With these three done, I think my "base Engine binge" is fully tapped out. Barring any further issues or suggestions coming up in the pull requests for points 2 and 3, I'll probably take a few days to relax. Maybe do some further messing around with cleaning up Starship Titanic code, before I move back to my original plan of doing a test play-through of Ultima VIII.
.
Posted by Dreammaster at 3:40 PM

Just jumped in and it's amazing, thanks for all the work you have done with this Dreammaster. Because it's scummvm reshade will run under opengl, so threw some gaussian blur and scanlines onto it and it's looking beautiful https://imgur.com/0Eq6kBQ (fullscreen required).

I do wonder if it's possible to resize the screen area like you can do in Pentagram. I tried adding pentagram's ini to the main folder, but it just crashed the game. Thanks again for taking the time to do this, it's appreciated!